after my decision to start my search for master I booked my train ticket from Frankfurt to Budapest  from there I heard I can  to get cheap ticket for the transsiberian train.

Ok 1989 Hungary was not very luxury because first year of democracy and capitalism. The border were open to import goods from western countries. It was wintertime and close to christmas the people there and especially the children where looking with wide open mouth at the shopping windows. For me nothing special to see only new TVs or toy trains. But the children eyes were shining like they where looking at wonder of the world. It was the first time they could see such things but also I could see they did not have the money to buy it. This was a country in Europe for me not understandable how it could be. The things I was reading in the newspaper became true for me, east and west, capitalism and communism, cold war…To see it, feel it or just read it a big difference and it was making me sad. In the train or busses I was taking the smell of vodka or what ever kind of alcohol always present, the frustration to see the luxury stuff in the shopping window but no money to buy it. With these pictures of the reality I was living around one week in a small apartment in a  building made with precast concrete slaps. The landlady was catching me at the train station after my arriving in Budapest. She was showing me pictures to catch me for hiring her privat room, cheap, cheap so far I remember correct, where her only words in broken english.  Indeed it was quite cheap around 5 US for a day and the smell of alcohol from my landlady 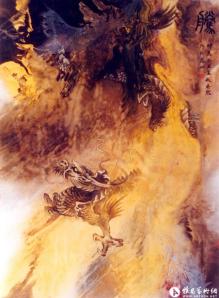 For one week every morning the same action. I went to the station and was asking for a train ticket to china